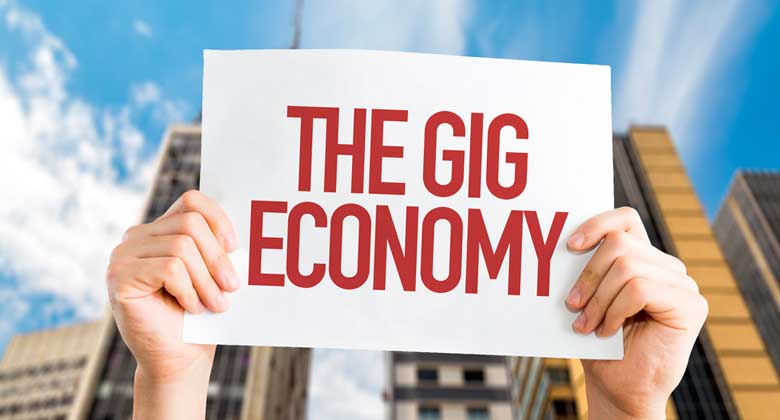 Welcome to the gig economy

The world of work has changed, and we are starting to live in a gig economy in which temporary positions are common and workers are engaged for short periods or on a piecework basis, often under complex working arrangements.

Such arrangements can benefit all parties. However, they are in contrast to the traditional job and employment contract, and businesses thinking of using them need to be aware of a number of potential tax and employment law issues.

Under current tax law, the way in which a person’s earnings from employment are taxed depends on whether they are considered to be an employee or self-employed, as does who is responsible for collecting and paying that tax.

There is however no simple definition of employment and self-employment.

Instead, a person’s working arrangements need to be assessed with reference to a complex range of indicators including the so-called Badges of Trade. (The basic idea is that, if the balance of risk, rewards and control can be shown to lie mainly with the worker, he or she should be considered self-employed.)

When businesses veer away from simple, traditional working arrangements, it can therefore be difficult to determine if a situation is one of employment or self-employment with workers, employers and HMRC all incentivised to argue the situation which suits them best – which is not always the same !:-)

For example, let’s consider a simplified version of the well-publicised case of Pimlico Plumbers, a London based firm of heating engineers.

Heating engineers who work for Pimlico Plumbers drive a company van, wear branded uniform and are tightly controlled. However, the same engineers also have to pay for their van, use their own kit and accept liability for their work.

Pimlico Plumbers have it that the balance of risk, rewards and control is such as to mean the engineers are self-employed and responsible for their own financial affairs, excusing it the need to pay Class 1 Employer NIC and operate PAYE.

It is easy to see though how the HMRC might be able to argue this the other way, and also why it might want to do this (e.g. wouldn’t it prefer a PAYE system to be in place as opposed to separate submissions from each engineer?)

The bottom line: businesses need to remember HMRC does not like to be ‘inconvenienced’ :-)

If you are considering working arrangements where the balance of risk, rewards and control between employer and worker is going to be unclear, you must tread carefully to avoid issues down the line.

What are my rights?! Employment law issues

Under tax law workers may be employed or self-employed.

However, under employment law there are 3 possible statuses:

The basic approach to determining a worker’s status under employment law is the same as in tax law. However, these are still separate bodies of law and different factors apply and different conclusions may be reached.

Let go back to Pimlico Plumbers …

The reason Pimlico Plumbers has been in the news is not because of anything to do with tax law, but because one of its engineers (who was happy to be self-employed for tax purposes) felt that he was a worker for employment law purposes which comes with rights with regard to wages, holiday entitlement, sick leave, national minimum wage, pension auto enrolment etc.

The engineer won his case and appeals are ongoing …

All of which serves to highlight what a minefield this area is.

Again, the bottom line is that if you are considering working arrangements in which the balance of risk, reward and control are unclear, tread carefully. The recent growth in the number of self-employed people means HMRC is paying increasing attention to this area as it now increasingly relevant to its tax take…